On a wonderful spring afternoon in 1972 I entered the doors of the local high school theater auditorium and sat down on the back row. For most people this would not be a matter of importance at all. But for me…well, maybe I’d better give you a few more details.

We moved back to Kinston, N.C. when I was entering the ninth grade. We lived down the street from the town’s high school. But my parents investigated the Christian school that was a little further out in the country and decided that was a good place for me to attend. I guess I really didn’t care which school I was going to attend. This was the one that my uncle was the principal of and my aunt would be my English teacher and my mom would teach there. I might have felt both fortunate and trapped! Looking back, all I really remember is that I made a few good friends, but never really felt like I fit in anywhere until I went to college.

I knew many of the students at the public school, well that really isn’t true. I wanted to know many of those students. I saw them in church and sometimes in the plays the high school would produce. Somehow, it isn’t a big surprise that I would get up enough courage to walk into this auditorium and plop myself down in a seat and just watch.

Somehow, I managed to sneak in and out of those rehearsals for days. I couldn’t wait for opening night!

I bought a seat a few rows away from the orchestra, center stage. I was there and in my seat almost as soon as the doors opened. I can almost hear it now.

One by one each instrument began their individual process of tuning. Each made their sounds and then slightly adjusted the pitch until it was exactly in tune. The piano or drum banged out different notes and then played scales as they limbered up their fingers. This continued for about ten or fifteen minutes. All around me other audience members found their seats and the room began to expand with an aura of excitement. I sat memorized. I looked up at the lights and studied the way they were configured.  I looked at the orchestra members. I devoured the play program. I read all the bios and almost memorized what song would come first and all the synopsis of scenes.

Then, the conductor took his place and the overture began.  Slowly,  the lights began to dim. There is nothing more magical than that moment when the orchestra, audience and actors breathe together to create that unforgettable moment.

I count myself fortunate that I am lucky enough to have a vivid imagination. I believe it is one of the wonderful gifts God gave me when I was created, but also, my mom instilled in me a love of reading. Reading, helps expand a imagination.

That imagination helped theater become a haven for me. Theater, done right, can become a shelter. It is place where dreamers aren’t scoffed and the “uncool” aren’t picked on. It is a place where all talents (both artistic, mathematical and technical) come together as one.

Was my imagination stretched by theater? Yes. And it continues to be every day.

Day by day our culture is wanting things to come to them instead of having to leave their comfy home. Live streaming of events. Uber eats instead of going out.

Please don’t ever replace live theater. The world would be a little less wonderful without all the good that comes from this kind of imagination.

“Isn’t it splendid to think of all the things there are to find out about? It just makes me feel glad to be alive–it’s such an interesting world. It wouldn’t be half so interesting if we know all about everything, would it? There’d be no scope for imagination then, would there?But am I talking too much? People are always telling me I do. Would you rather I didn’t talk? If you say so I’ll stop. I can STOP when I make up my mind to it, although it’s difficult.”
― L.M. Montgomery, Anne of Green Gables

Yep. I might be a little like Anne, with an E. Imagination. It’s such an interesting world.  don’t you agree? 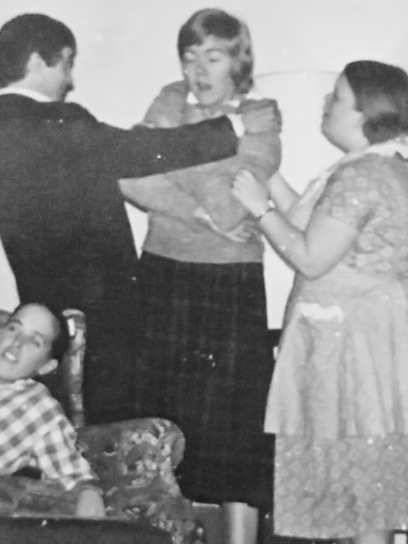 (My first playbill. “The Hanging of Uncle Dilby” My high school drama club play. Can you find me?)
Until next time,
Reba

There are a million blogs out there. You can find answers and opinions about 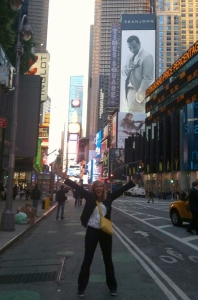 everything from how to write a blog to lists of all the ways you can be better at anything and everything. So why add a new one?

To be honest, I was told years ago that it was something I needed to do because I run a theater. That overwhelmed me and to be honest it still does. I don’t consider myself a good writer, but I feel like I’ve learned some things about theater that I would love to share. Perhaps I’ll talk a little more about everything that is involved in producing a play. Maybe I’ll talk about the journey to begin Overshadowed or the productions there. Or sometimes I’ll write about other productions around the area. Who knows? Maybe I can inspire you to go out and experience more theater on your own! At times, you just might learn more about me. And to be honest, I’m really hoping if I talk more about theater then maybe it will inspire more people to see theater or get involved in theater. Selfishly, I will want you to see how Overshadowed is different from other theaters and why I am so passionate about each and every thing we do.

Theater is personal to me. Life changing in every way.

I was hooked. I knew that whatever I did with the rest of my life it had to involve theater. And I have never looked back.

Okay. You are thinking, “But you said it changed your life. How did it do that?”

And that’s just the beginning.

Here’s the plan. Blog at least once a week.  I’ve heard that it is more important to be consistent than to have multiple posts so I’m going to stick to something I think I can handle.  I am going to post every Monday morning. Here’s where my lack of technical experience comes in. I’m not sure I know how to schedule it exactly so I’m going to try to send it out between 10-noon. There’s always something rambling around in this old head so maybe there will be extra entries from time to time!

“I love it when you go to see something, and you enter as an individual, and you leave as a group. Because you’ve all been bound together by the same experience.”
― Tom Hiddleston

I might be taking the first step of this journey alone, but I hope as we travel together our experiences will form a brand new band of friends!

Thank you for joining me! 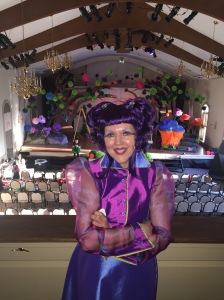 Extraordinary delight of musicals and spirituality

The Art of Blogging

Creative Journey of Kris and Aileen

bloom where you're planted